Unfair Insurance Claims. Do you have a case?

Acceptance of insurance liability policy limits from the adverse driver requires a rather specific and involved process of approval with your underinsured motorist carrier. The requirements are set forth by statute both in Iowa and Nebraska and as well in your own auto insurance policy. Standard mandatory requirements include specific language in a carefully crafted letter sent by certified mail transmittal with appropriate enclosures. If you settle with the adverse driver and her insurer and release her without satisfying this mandatory prerequisite, all underinsured motorist claims are lost. Some feel this is a process that drives victims to lawyers. While that may be true, at a minimum, the consequences of not effectively interacting with your own insurance company can have negative consequences.

The process requires the expertise of competent counsel. Whether it is me or someone else, I encourage any person involved in this complicated system to have an attorney — a capable attorney. That may seem self-serving but I have met with countless individuals who bring in insurance paperwork having made already critical and irreversible decisions and executed documents and it is too late to represent them. 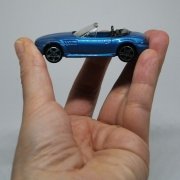 Some final thoughts  —   Adjusters are in the business of minimizing your claim.  Insurers often argue a gap in treatment and/or try to suggest some pre-existing condition. They belittle and diminish what you have gone through.  As nice and friendly as that voice at the end of the line may sound, their job is to pay out as little as possible. The odds are against you.  A  simple consult just to know your rights cannot hurt anything, After all, you did not cause this car wreck. You are entitled to emerge in the most positive position within the boundaries of the law.

Steve Howard Law will further explain. Just give me a call. Let’s talk.

When you are dealing with an adverse party’s insurance company, that is called third party Insurance. A third-party insurer owes very little to no duty to a victim of an injury caused by the negligence of its insured. A third party insurer (the company that sold the insurance, not to you but to the other party) cannot be blatantly dishonest or fraudulently misleading, but it does not owe you any duty of good faith. That is because the injury victim, in this case, you, did not purchase the insurance. Sometimes adjusters are inconsiderate or rude. Many times they are dismissive and uncaring. Other times they may well treat a person with some measure of dignity, professionalism, and respect. The point is that unless you purchased the insurance, your rights to a bad faith claim lawsuit are essentially nonexistent.

Examples of first-party bad faith insurance claims include health insurers fail to pay benefits, underinsured and uninsured motorist carriers failing to pay full damages on automobile accident cases, medical payments carriers refusing to accept full value on Healthcare charges for services reasonably necessitated by the injury, and request by liability insurance to be extricated from litigation. Let’s break that down a little.

An underinsured motorist claim arises when the driver that caused the accident, the one who was negligent, the one who injured you, did not buy enough insurance coverage. In Nebraska, there is a complicated process by which you can make a claim against your underinsured motorist. This includes following what is called a quote substitute draft close quote procedure. After you have followed the mandatory requirements, your insurance company should essentially step into the shoes of the adverse driver and honor your claim. This includes damages for past and future health care expenses, past wage loss and future loss of earning power, and past and future conscience physical suffering and pain, scarring and disfigurement, and loss of Consortium. when you are dealing with an adverse party insurance company, that is called third-party insurance. A third party and churros very little to a victim of an injury caused by the negligence of its ensure appeared it cannot be dishonest or misleading but it does not owe a duty of good faith. That is because the injury picks them, in this case, you did not purchase the insurance. Sometimes adjusters are inconsiderate or rude. Many times they are dismissed abandon caring. Other times they will treat a person with some measure of dignity, professionalism, and respect. The point is that unless you purchase the insurance, you’re right to a bad faith claims lawsuit are essential Enon existed.

If on the other hand you purchase the insurance and you are making a claim against her own ensure or, then both parties have a good faith duty of fair dealing. When you pay the premium and bought the contract of insurance, and that’s really what it is -a contract – the insurance company must not place its own interest of yours.

Examples of first-party bad faith insurance claims include health insurance fail to pay benefits, underinsured and uninsured motorist carriers failing to pay full damages on automobile accident cases, medical payments carriers refusing to accept full value on healthcare charges for services reasonably rendered by the injury, and request by liability insurance to the extra catered from litigation. Let’s break that down a little.

If the negligent driver that caused you injury did not have insurance, your own uninsured motorist coverage should apply. Once again, your own company owes you a good faith duty.

Unfortunately, uninsured motorists tend, it seems, to be responsible for any accidents. Perhaps it goes hand-in-hand that a person so irresponsible to drive an automobile on the roads of Nebraska on Nebraska roads without insurance may also be the person that drives carelessly and causes the accident that injures you or a family member. Your uninsured motorist coverage should afford you the same protection that you would have had against the adverse driver.

Regarding the underinsured and uninsured motorists, as well as medical payments coverage, there is a limit to the coverage. The mandatory minimum in Nebraska is $25,000 per person per accident or $50,000 aggregate per accident. The Iowa minimum is even lower. Each policy must carry minimum state regulated coverages. You can certainly purchase more and you should speak with your agent for greater Insurance protection. 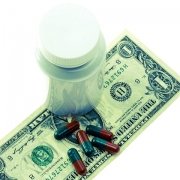 Medical payments coverage is another form of first-party insurance. It requires the insurer to act in good faith and subject to the subjects the insurer to a claim of bad faith insurance claims handling in the absence of such good faith conduct. Some insurance companies will question the necessity of care. Others may question the amount of medical charges. Insurers wish to avoid payment of claims, if at all possible. It is when insurance companies act in bad faith by violating the contract that provides for underinsured, uninsured, and medical payments coverage that you have a first-party bad faith Insurance claim.

Under the Affordable Care Act, also referred to as “Obama Care”, some form of personal or group health insurance coverage is generally mandatory for individuals not covered by a government program. That health insurance policy is a contract. That contract can be enforced against the health insurer. If the health insurer acts in bad faith by refusing to pay reasonable claims, it is subject to a claim of bad faith claims handling. Just as with fire insurance, malpractice insurance, and other property damage insurance, if you buy the policy, your company owes you a duty of good faith.

The takeaway here is that you really cannot sue an adverse insurance company if the coverage was purchased by someone else that caused the event. This does not however mean that you are not a third-party insured. If a car owner loans the car to another driver,  the coverage usually covers that driver using the car with the permission of the owner. There are exceptions. A lawyer can best explain.  If a worker is on the job driving a company vehicle and the company purchased the policy, that individual employee steps into the same shoes as the policyholder.