If you or someone you love has been involved in a motorcycle accident, there are a few legal items you should be aware of.

According to Nebraska and Iowa Law, a motorcyclist has the absolute right to assume that the other motorists around them will behave reasonably. That car and truck drivers will not violate the rules of the road and commit a negligent act, therefore causing an accident or crash. 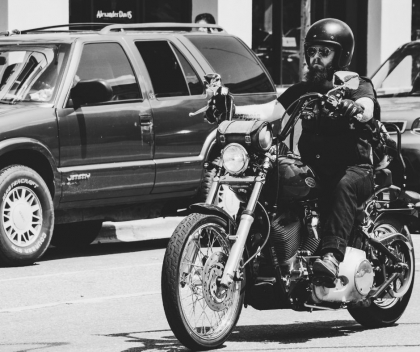 There is an assumption on the part of other drivers that Motorcyclist are fair game. That it was the choice of the person driving a motorcycle not to drive a car and therefore garner the protection a vehicle affords the driver of a car over a motorcycle. If riding a motorcycle were against the law, then there would be no motorcycles on the road.

The damages in a motorcycle accident are the same as damages from a car or truck accident.  The damages include past and future medical expenses, past wage loss, future loss of earning capacity, and conscious physical pain and mental suffering. The law does not state that just because a person chooses to ride a motorcycle, they are treated differently.

An experienced motorcycle lawyer is crucial if you are involved in an accident as a motorcycle driver. You need a lawyer with the skills to manage the unique challenges of a motorcycle accident.

The statute of limitations in Nebraska for a motorcycle accident is four years. In Iowa, it is two years. The statute is the same for general negligence. If the accident involves a government vehicle, there is a two-year statute of limitations to file a claim. There is a difference between a tort claim and a lawsuit, and a complicated procedure that goes along with it. There are also political subdivisions for federal, state, city, county, and school district issues.

If you are involved in a motorcycle accident through no fault of your own, we urge you to call Steve Howard immediately for a consultation to ensure you make the best choices moving forward. Call Steve, even if you don’t believe you are injured.